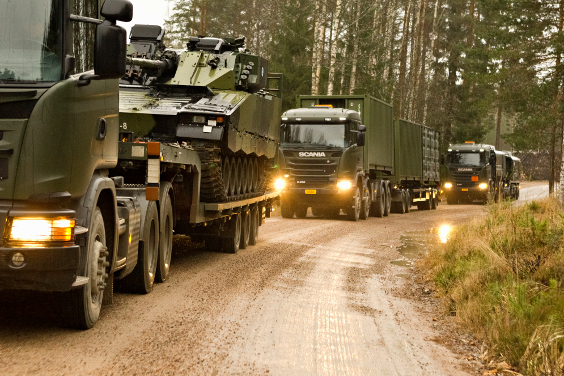 During recent years, Finland’s security environment has been undergoing changes characterised by the eventuality of military crises at shorter advance warning. This is why the Defence Forces has to have high readiness to respond rapidly to emerging military threats with its existing top capabilities and reservist units.

The Defence Forces logistics system enables the operation of the defence system, its sub components land, naval and air defence and the interoperability these components make up.

The logistics system refers to a network made up of the FDF organisation and its domestic and foreign partners which produces materiel and other resources enabling the development of FDF capabilities and operation of the users of these capabilities, the Services and other FDF administrative units.

Entities of the logistics system

The logistics system can be divided into four components that constitute support for the development of the defence system and joint operations.

Building and maintenance of capabilities

There are several capability development projects constantly going on in the defence administration, these two strategic projects being currently the most important new ones: In the F-35 programme, the objective of which is to replace the capability of the Air Force’s Hornet fleet to be decommissioned during the period 2025–2030 with a new multi-role fighter. The F-35 fighters will enter into service in the Air Force between 2026 and 2030. The Squadron 2020 project, in turn, aims at replacing seven Navy vessels to be decommissioned with four multi-role corvettes. These vessels will enter into service by 2029.

Modern logistics units are modular, which means that they are the same in all the Services in terms of capability and set up. They are mobile and meet the standards of the modern battlefield in terms of equipment and protection. Logistics units are able to participate in receiving international assistance according to the Defence Forces’ statutory task in that they are able to support the operations of foreign troops invited to Finland in parallel with FDF troops.

The readiness of the logistics system is based on an integrated support network. The logistics system is characterized by being deeply networked internationally and nationally. The Defence Forces does not strive to produce on its own all the resources needed for its operations. Instead, defence and other materiel, and operational support services are provided by Finnish and foreign public and private sector partners. Networking improves the logistics system’s combat resilience and the Finnish society’s ability to prepare comprehensively for crises due to its different actors being involved in enabling the operations of the Defence Forces already in normal circumstances. 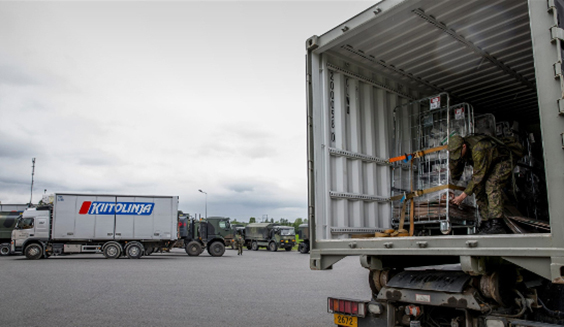