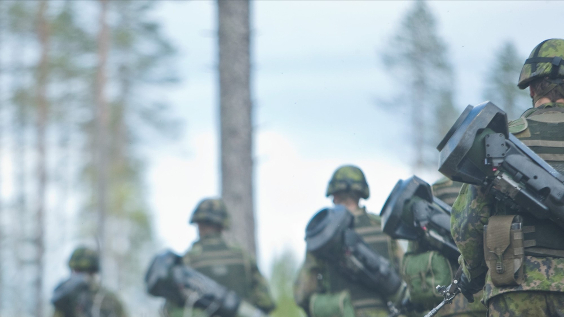 The troops of the Defence Forces and their equipment constitute the capabilities of Finland’s defence system, the development of which is long-term and based on thorough planning. The Defence Forces Logistics Command participates in this work in all of its phases.

Government Reports on Security and Defence Policy guide development in the Defence Forces. Based on these reports and other analyses, the Defence Forces draws up development programmes in the framework of which the military capabilities to be sought are determined. These capabilities make up an entity comprised of weapon and other systems, troops and principles of using them which is capable of conducting any task required. The objective of capability building is to seek solutions which are suited for Finland’s circumstances and integratable into the defence system entity, sustainable from the perspective of resources.

To reach the objectives laid down in the development programmes, projects are launched in the framework of which  the troops, systems and materiel are produced which are required for building such capabilities. The life cycle of the materiel acquired and the troops that will operate it follows a so-called life cycle model: a project starts with the definition of what is required, followed by capability planning, development and building.

The systems acquired will then be used by Defence Forces units, and measures are taken with the aim of improving and maintaining the capability. The life cycle of a capability reaches its end with the materiel and systems acquired being decommissioned.

The Defence Forces Logistics Command participates in the building, operation and maintenance of Defence Forces capabilities in all phases. Right from the start, the Logistics Command is involved in the programme planning process in cooperation with the Services intended to operate the capabilities and other FDF administrative units to work out the contents of the overall acquisition package. In the different phases of the capability’s life cycle, the Logistics Command is in charge of the technical, commercial and legal arrangements involving the acquisition, technical maintenance, capability development and decommissioning of the systems and materiel which fall within the scope of the project.